Introduction to the Science of Kinship 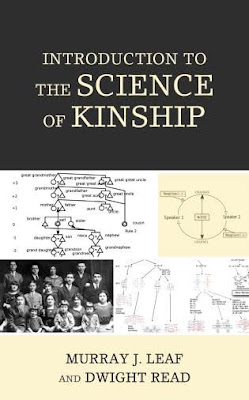 For over a hundred years, ethnologists became increasingly aware that kinship terminologies were somehow a key to understanding kinship systems, which were in turn a key to understanding human social organization in general. But a series of errors in conceptualization led this focus on terminologies into a dead end and ultimately a complete collapse of interest in the topic. In 2012, Leaf and Read published an alternative conceptualization that resolves the problems that led to the collapse as Human Thought and Social Organization: Anthropology on a New Plane. It presents what the title says.  But parts of the argument involve extended mathematical formalizations, and evidently many anthropologists have found it difficult to follow.  This introduction covers the same substantive ground but with more ethnographic explanation and detail and minimal mathematical formalism.  It also expands on some of the social-psychological findings that this type of analysis leads to.

To make a donation to the H. Russell Bernard Graduate Student Paper Prize quasi-endowment, please use the following link: https://my.americananthro.org/donatenow?pid=a1B8W00000D3QErUAN.